The internet has brought many things into this world, from social networking, email, and memes to online dating and even arguably revolution. It has also given us Zoella. Zoella, or Zoe Sugg as she is known offline, is one of a new breed of online celebrities, an expanding group of video bloggers – or vloggers as they are more formally known – who, thanks to their YouTube channels, have developed a worldwide following to rival that of Beyoncé or even Taylor Swift.

The 24-year-old, who has emerged at the head of the pack (Vogue recently described her as the queen of the internet), has had almost 307m views of her intimate videos dispensing beauty and life advice; 6.6 million people subscribe to her channel. And now, her first book, Girl Online, the fictional tale of a blogger, has become the fastest-selling debut novel ever – selling 78,000 copies in its first week and eclipsing the debuts of JK Rowling and EL James.

Sugg is a phenomenon that, for some, has come from nowhere. Certainly, she is now almost unavoidable, be it as the face of YouTube adverts, singing in the Band-Aid 30 supergroups, or being interviewed in publications from Vogue to the Financial Times. But to a younger generation aged between 11 and 18, many of whom have avidly devoured videos produced by Sugg and her fellow bedroom vloggers for the past five years, the world is simply catching up. -being  YouTube fashion and beauty blogger Zoella has sent her teen fans into a frenzy at signings of her debut novel.

YouTube fashion and beauty blogger Zoella has sent her teen fans into a frenzy at signings of her debut novel. Photograph: Bluewater/Rex Features. Just how a fashion student from a small village in Wiltshire has come to define the zeitgeist is a testament to the DIY spirit that online platforms such as YouTube promote. The daughter of a property developer father and a beautician mother, Sugg studied at Corsham school, a visual arts college in Wiltshire, and left with three As in art, photography and textiles. She decided to forgo university in favor of an internship at an interior design company, and then, in search of a creative outlet, she ventured into the world of blogging. 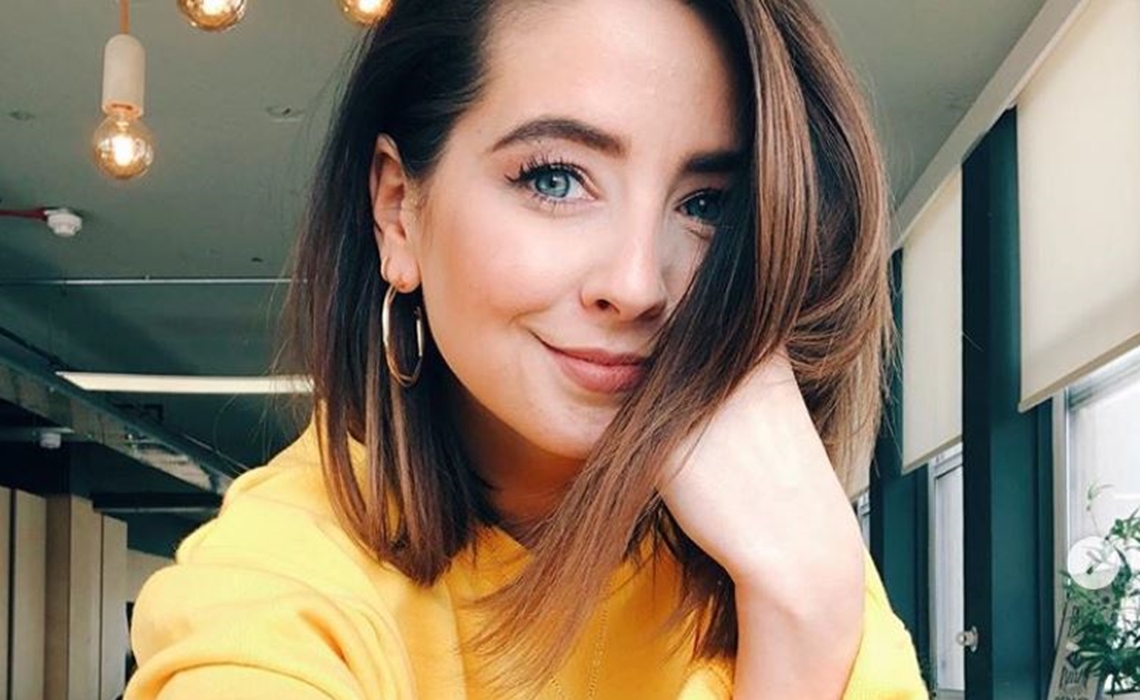 She is adamant that she never saw vlogging as a potential avenue for fame and that her success has taken her completely by surprise. “I never had any structure; I never thought this is where I want it to go,” she told the FT. “It was literally like my little space on the internet, where I just used to write about the things I loved or things that I thought other people would love as well.”

Her videos, which always open with a beaming “Hellooo, everybody!”, demonstrate everything from the perfect way to apply liquid eyeliner and makeup tips for weddings to taking her audience through her recent shopping haul and bathing her two pet guinea pigs, Pippin and Percy. Sugg operates within a close-knit community of video bloggers, known as the vlogging Brit pack, who often make appearances in each other’s blogs, including her boyfriend Alfie Deys and her younger brother Joe.

Adam King, head of development at Diagonal View, which manages high-profile YouTube channels, says much of Sugg’s success lies in her accessibility. “What is unique about YouTube as a platform is that it strips away a lot of the artifice. The one thing people really respond to on YouTube is people being personable, and so when you have that kind of connection with your audience, people who are watching Zoella feel like she’s a friend, she feels accessible.”

King adds: “The thing with YouTube is it is not didactic, it is not a one-way street of content, and she’s really good at using that to her advantage. She often responds to comments, she does Q&As, she answers fans’ questions, she takes fans’ suggestions on what her next video should be, and that keeps people feeling they are actually friends with her. “So they really trust her, unlike most celebrities who they see on traditional media, which is built on inaccessibility. The millions of people who watch Zoella feel like they know her, and most importantly, people want to keep watching her. And the key thing is that she makes consistently good content for her particular audience.”

King emphasizes that Sugg is not unique in transitioning from YouTube to traditional media and books, a move already made by fellow beauty vloggers such as Michelle Phan. However, he tells them her decision to write fiction makes her distinct from the rest. YouTube channel experts suggest that Zoe Sugg’s secret to success is her accessibility and dialogue with her audience.

YouTube channel experts suggest that Zoe Sugg’s secret to success is her accessibility and dialogue with her audience. Sugg is not all lightness and cosmetics: her own severe anxiety has been dealt with openly in numerous videos, and perhaps surprisingly for someone who has opened her life to the watching eyes of millions of strangers, she admits to being “cripplingly shy”. In one video that garnered praise from viewers and mental health charities, she openly discussed her own experiences with panic attacks. Photograph: Rex Features.

“A lot of people get the assumption that because someone can sit here in front of a camera and speak for 10 to 20 minutes and broadcast it in front of hundreds and thousands, potentially millions of people, on the internet, that must mean they are 100% confident, have no self-esteem issues, have no real-life problems,” said Sugg, speaking on camera. “That is so wrong. A lot of you might not know that I have suffered from anxiety and panic attacks really, really bad since I was 14 … I just thought even though it’s absolutely terrifying to sit here and talk about it, it might help people. It’s not something that I really enjoy discussing with hundreds and thousands of people, but I am going to do it anyway.”

For figures of such popularity as Sugg, vlogging is undeniably lucrative. As well as her generous two-book deal with Penguin, one YouTube statistics website estimates she has potential earnings of over £300,000, with brands willing to pay up to £4,000 for a single mention or endorsement on a vlog. As such exposure usually dictates, Sugg has not escaped criticism. In one recent comment piece, she was deemed “intimidatingly perfect and infuriatingly bland.” In contrast, others have accused her of simply promoting vanity and materialism for focusing many of her videos on shopping and beauty. Yet those voices are few and far between, and with the follow-up to Girl Online due out next year, Sugg and her band of YouTubers look set to continue their reign over the internet for the foreseeable future.